Located at the mouth of Donegal Bay in the North-West of Ireland and surrounded by the vista of the Blue Stack mountains and Lough Eske Donegal Town area offers a rugged beauty and mystique that you are unlikely to find anywhere else in the world! From Slieve League, the highest sea cliffs in Europe to the miles of golden sandy beaches, the region provides activities ranging from high octane water sports to unforgettable country strolls.
Donegal Town itself would be regarded as a town of great historical interest in Ireland and locally in Donegal for it was the family seat of the O’Donnells, chieftains of Tirconaill. In 1474, they were responsible for bringing the Franciscan monks to Donegal when the Franciscan Abbey was built. Some 178 years later, Brother Michael O’Cleary, together with three laymen wrote one of the seminal texts of Irish history, The Annals of the Four Masters, which has been described as “the most remarkable collection of National tradition in all Christendom”. The town dates back to Viking times when a fortress was at the mouth of the river Eske.
It is thought that this gave the town and ultimately the county its name, Dun na nGall, meaning “Fort of the Foreigners”. It could also have been the earliest account of our reputation for hospitality ! Today, Donegal Town is the centre of activity for South County Donegal.
The town centre, the Diamond is where the Killybegs, Ballyshannon and Ballybofey roads converge and it is here that you are likely to meet almost anybody; usually with a smile on their face and a few ready words.

Donegal Castle home of Red Hugh O Donnell. A pivotal character in the history of Ireland and Donegal and Ireland. 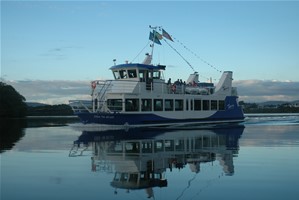 Enjoy tours of Donegal Bay on our state of the art Donegal Town waterbus. 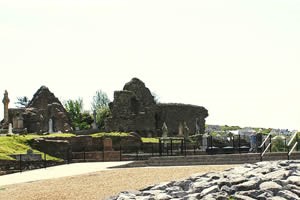 The Old Abbey at the mouth of the River Eske home of the Four Masters in Donegal Town who wrote one of the oldest histories of Ireland. 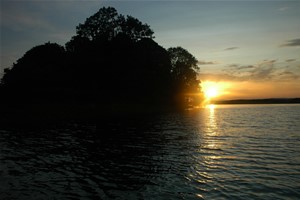 Looking out on Donegal Bay beside Eske Villa Bed & Breakfast. 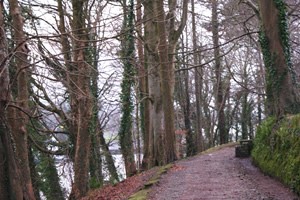 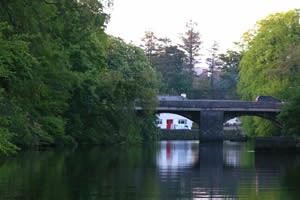 One of Donegal Town's Bridges. 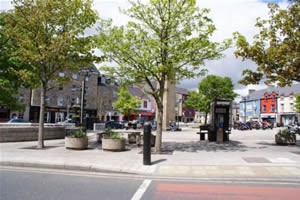